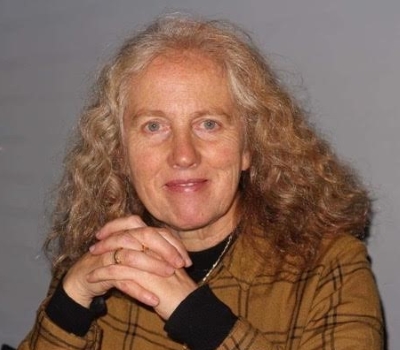 Hi All, On Sunday 13th February at 10.30am in our Valentine’s Service we will be celebrating ‘Love’ and ‘Relationships’. In our church wedding service each person says: ‘Will you love her/him, comfort her/him, honour and protect her/him, and, forsaking all others, be faithful to her/him as long as you both shall live?’ Although many couples no longer marry, this desire to be in a faithful and loving relationship still applies. Marriage is a sacrament (something that reveals to us the nature of God) and just as God loves us for who we are, the best marriages also show this constant loving despite the ups and downs of life.

I interviewed Colin and Margaret Bate who live in Hightown. They are celebrating their Golden Wedding (50 years) next year. They are a couple who always seem to enjoy being together and I asked them about their life together. Colin and Margaret met in A and E of all places! Colin had cut his hand using a chisel and Margaret was a nurse working there. He saw her in a pub two weeks later and went over and thanked Margaret for doing ‘a good job’ and offered to buy her a drink - they were married two years later! I asked them what has held them together. Colin said he respects Margaret and despite hard times they do enjoy each other’s company and do things together. ‘She’s my wife and my friend’ he said. One such hard time was in 1983 when the building trade was in a lull so Colin found work in the Falkland Islands leaving Margaret with three young children for 6 months. Margaret said they both have a good sense of humour and they are jolly together. Also having three boys and all the memories of holidays and them growing up has ‘glued’ them together.

How good it was to interview a couple still enjoying being together.

I next interviewed Helen and Sam who were married in St Stephen’s Church 3 years ago this year. The photos show their joy on that day.

Helen and Sam met at a party she gave for her birthday. Her friend Tom was invited and without her knowing he invited Sam. By the end of the evening they were together.

They too have experienced hard times. For Helen, the death of her dad who lived in France was difficult - the feelings of loss were almost overwhelming. She said that Sam was her ‘rock’ during this time. He was calm and listened to her over and over wanting to talk about her dad. He ‘kept her going’ and was ‘respectful’ of her feelings. One of the things he did for her and which she said really helped was for a while he lit a candle in their hurricane lamp so when she came back from work she saw it.

Sam also talked about how recently he was unemployed for a year and how hard it was to be positive. Month after month he applied for hundreds of jobs and rarely heard back from any of them. He said Helen encouraged him and believed in him and this kept him believing he had worth. At last he found a job which he’s happy in and he’s been there a year now. God loves us and wants to be with us in the good times and also in the bad. When marriages work well, we encourage and care for each other and so grow to be the people God calls us to be.

In this service we will pray and ask God to bless our relationships so that we can work at maintaining this cherishing of each other.

We use cookies on our website. Some of them are essential for the operation of the site, while others help us to improve this site and the user experience (tracking cookies).
You can decide for yourself whether you want to allow cookies or not.
Please note that if you reject them, you may not be able to use all the functionalities of the site.

I'm Ok with this, let's continue... I don't want to save Cookies...
Click here for more information...